Now were did I put my scrying glass...

Someone is feeling a bit inquisitive, isn't he?

I'm not sure what's the skill that actually *moves* these, as there's no tms to take into account, and the effects could be confusing. From a careful reading of them, the magic that is most likely used is animating.
1) 10-pointer: hover. "Holding Erratic Mechanic Exoth's sycamore walking stick firmly, Erratic Mechanic Exoth hits the cue ball towards the green ball. / As they hit the green ball leaps into the air and hovers, breaking many laws of physics but obeying the laws of magic, only to land in a side pocket a moment later".
2) 15-pointer: weave. "Greybeard Nimboos the Wise taps the surface of the table with his Cheese Hammer causing both the cue ball and purple ball to start moving. / They weave in and out of each other on a reckless path across the table until the cue ball finally hits the other ball and pushes it into a corner pocket".
3) 20-pointer: leap frog. "You hit the cue ball with the end of your blackened iron staff sending it towards the violet ball. /As it approaches the other ball they start a game of leap frog until the violet ball hops into the side pocket".
4) 30-pointer: spell name. "Savant Starwiz of Demons stares intently at his red staff and touches it to the cue ball. / The ball rolls slowly towards the violet ball and hits lightly. / As though shocked, the violet ball leaps into the air and spells out Starwiz before landing in a corner pocket."
Publicado por FraVernero en 9:56 2 comentarios:

What's it called? Wonker's Wicked Wobble (in short, WWW)
What does it do? One of the best spells available out of the group that have being catered for the Silver Stars, Wonker's allows you to turn your opponent's weapons into rubber. The effect lasts for some time, and it has some interesting consequences:
1) The weapon adds a new line to its description, which goes as follows: "It seems to be fighting to maintain its rigidity, occasionally going completely limp and floppy, before regaining a more solid form. A pungent smell of burnt rubber wafts from it."
2) The victims will automatically attack the wizards that have 'rubberized' their weapons.
3) Rubber weapons became more cumbersome to employ and to cause damage. They became blunting objects unable to make the usual specials you are allowed with metal pieces with pointy bits (and thereby making many npc's very easy to kill). From this, it might be gathered that they aren't much use against blunt weapons.
From all this, we can gather that Wonker's is quite a useful spell as a fight-starter, and it can be very handy against rivals who like to launch lots of specials on you with swords or daggers. In a way, it works in a tandem with Stacklady's to form a group of defensive/offensive spells: both are offensive (although Stacklady's no longer causes auto-attack), but their trick is that they work not by doing damage, but by weakening or almost entirely elimating your opponent's possibility of harming you.
Where is it? One of the moulding and crafting spells, it lies inside the unnamed book that is known by some as Intermediate Artifact Magic, fourth ed., in the depths of the Unseen University Library.
What does it require? A rubber knife. In theory, most casts shouldn't consume then, but be ready for very frequent replacing. Miscasts, or even good casts can end up with the knives either melting away, bouncing the rubbery effect back on your own weapons and/or turning into a peppermint (at least, something nice to eat...).
What skills do I need? Gold, Binding, Rod, Enchanting
Has it worked? The proper output should read something like this:

Very little is known about Wicked Wobble. Some sketchy notes for the spell were discovered when they found the deceased Wonker - well a rubber statue that resembled his university iconograph. Nasty things those magical backfires.

All that is known, is that the spell can be targetted on weapons (normally in the inventories of enemies) to alter their structure.

This set is affected by the water skill. Results in each class have been confirmed, although I haven't obtained all of the possible results in any single ball (missing one of the 10-pointers and two of the 30-pointers).
1) 10-pointer: pond. "Erratic Mechanic Exoth taps his dark brown oak staff on the cue ball. / It springs into motion and hits the blue ball into the side pocket, which has taken the form of a small pond, with a splash"
2) 15-pointer: hailstone. "You hit the cue ball with the end of your blackened iron staff. / It rolls down the table and hits the aqua ball which turns into a huge hailstone and zips into the side pocket"
3) 15-pointer: jet of water. "You line up your blackened iron staff and shoot a fine jet of water at the cue ball setting it into motion. / It gently knocks the aqua ball into the side pocket"
4) 20-pointer: jet of steam. "Savant Starwiz of Demons touches the table with the end of his red staff causing the surface to bubble as though boiling. / The cue ball is suddenly propelled upwards as a jet of steam erupts from beneath it. Its trajectory changes in mid-air and it lands on the cyan ball which is pushed into the side pocket"
5) 30-pointer: wave. "You rock back and forth on your heels while cradling your blackened iron staff and staring at the table. / The surface of the table is briefly transformed into a pool of water. A huge wave rises up, causing the cue ball to crash down onto the aqua ball, sending it spinning into the corner pocket"

What does it do? A recently introduced spell, this lesser brother of the Pragi fireballs will help you changing the colour of your eyes. The colour is determined by the current one present in the shimmering glass nugget you need for the casting (these colours can be fixed into one you like, although there's the danger of blowing up the nugget if you try with insufficient skills). A good cast will add a line of description to your appearance that goes like this: "The irises of his eyes glow with a strange emerald green light."
The cast will also make the nugget temporarily 'colourless', as a clear glass nugget. This effect doesn't last long.
Overall, a new addition to the toy spells. Not much use in it, really, but some people like to have flashing eyes, and there's no coloured lenses in the disc...
Where is it? We're in the toy-spell arena here. It can be found, therefore, in all the Gym tomes at the magical teaching institutions, inside the Begynners' Magick tome.
What does it require? A shimmering glass nugget (the expensive things you buy for casting the light moth spell), which isn't consumed in the process.
What skills do I need? Animating, Fire, Evoking, Channeling

You prepare to cast Pragi's Molten Gaze.
You toss a shimmering glass nugget into the air, where it hangs suspended in front of your eyes.
You fix the nugget with your gaze causing it to spin around on its axis.
It spins faster and faster, blurring as it returns to a molten form.
You probe the molten nugget, seeking out its chromatic essence.
You create a conduit between yourself and the nugget, urging it to release its colour.
The colour drains from the nugget and a flash of emerald green light shoots out from it and into your eyes.
Your eyes start to glow emerald green.
The clear glass nugget cools and solidifies as it drops back down.
Help Information:

Gone and back again!

Well, dear lads and lasses... Examinations and studying in the Roundworld have sadly taken me away from the Disc for the last month or so... What should be my surprise when upon returning, I find myself invested by the Gods as Senior Wizard of the Ancient and Truly Original Sages of the Unbroken Circle. I vagely remember presenting myself to an election... probably abusive bouts of alcohol at the top of the Tower of Art are to blame for all this...
Anyway, thanks to all the members of our Order for the trust they've deposited in me; I'll try my best to further our interests, both group and personal. All little circlers with any difficulty may contact me and solicit help whenever they wish...
But it isn't all limited to new wardrobe and room pleasures for me... I see a posting by Kaylar that informs us of the following:
The Librarian has discovered a new spell, Pragi's Molten Gaze, hidden in a notebook found in a pocket of L-space. He has carefully coaxed it out and it has now taken up residence in the tome of "Begynners' Magick".
To make room for this newly discovered spell, Finneblaugh's Thaumic Float has been moved from the beginners' tome into "Invoakatyons in thee Mysterie of Wynd". As it is now knocking around with the big scary spells, it decided to toughen up and add an extra stage to itself.

Time to change a few things in the grimoire, then...

This set is affected by the air skill. Results in each class have been confirmed, but as yet I haven't achieved with grey the 10 pointer and the 30 pointer effect. Full parallelism with the black ball is almost certain.

1) 10-pointer: fart. "Erratic Mechanic Exoth thinks about baked beans and points his sycamore walking stick at the cue ball. / A rude sound and a jet of air with the stink of a hundred privies comes from its end and pushes the ball towards the black ball. / The two balls collide and the black ball zooms into a corner pocket"

3) 20-pointer: tumbleweed. "You hit the cue ball with your blackened iron staff making it roll towards the grey ball. / As the two balls collide the grey ball turns into a tumbleweed and is blown into a corner pocket by a magical wind."

4) 30-pointer: whirlwind. "You spin your blackened iron staff round and round before briefly touching it to the cue ball. / A huge whirlwind erupts beneath it, picking it up and dropping it on the black ball before dissipating. The black ball is forced into motion and rolls into a side pocket."

What does it do? This is one of the necromancer spells. When cast on someone, it causes them a horrible skin disease that lowers their stats and gives some damage over time.
The spell doesn't cause much damage, but it can be annoying, as its effects take some time to pass. If the component (a whole human skin) didn't weigh so much, it would probably get a great deal more use than at present, when it is seldom seen except as an expedient for taskmastering some healing while on the way to other spells (like Wungles's).

Where is it? Part of the set of spells that torment the flesh and employ dead corpses as component source, it belongs to the Body Parts for the Advanced Student grimoire, at the Unseen University Library.

What does it require? A human skin, which is consumed in the process.

What skills do I need? Convoking, Healing, Charming, Binding

Like so many inventions, Von Hasslehoff's spell was a failed result of another experiment. Attempting to cure acne actually resulted in this horrific skin disease that is painful and debilitating to the target. Von Hasselhoff died famous among necromancers, but still pimply. 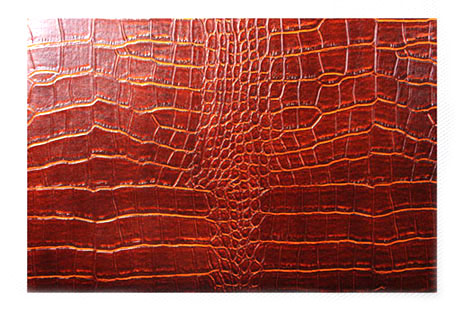